Home on the range

For 36 years, veterinary medicine acquainted Dr. Robert Lynk with the barns, flora, fauna, and scenic vistas of New York’s Catskill and Helderberg Mountains. Now he paints them in watercolor.

In 1994, Sherry Holmes, an artist and wife of a veterinary classmate, introduced Dr. Lynk to watercolor painting and the primary colors. When he retired in 1998, Dr. Lynk exchanged his examining table for an artist’s palette and enrolled in a life-drawing course. Since then he has painted with 23 nationally and internationally recognized artists* at Hudson River Valley Art Workshops in Greenville, New York. He has learned from Karen Rosasco. He is a perennial student of Betsy Apgar-Smith.

Bob is an active member of the Bethlehem Art Association and was its president for a decade. Recently he was elected a director of the Albany Center Gallery. He also is a member of the Albany Art Group, Arts Center of the Capital Region, and Central New York Watercolor Society. He exhibits locally and has received many awards. His paintings adorn homes from Maine to California.

Bob grew up near Sharon Springs, New York, on a dairy farm that has been in the family since 1859. He is a graduate of both the College of Agriculture and Life Sciences and the College of Veterinary Medicine at Cornell University. 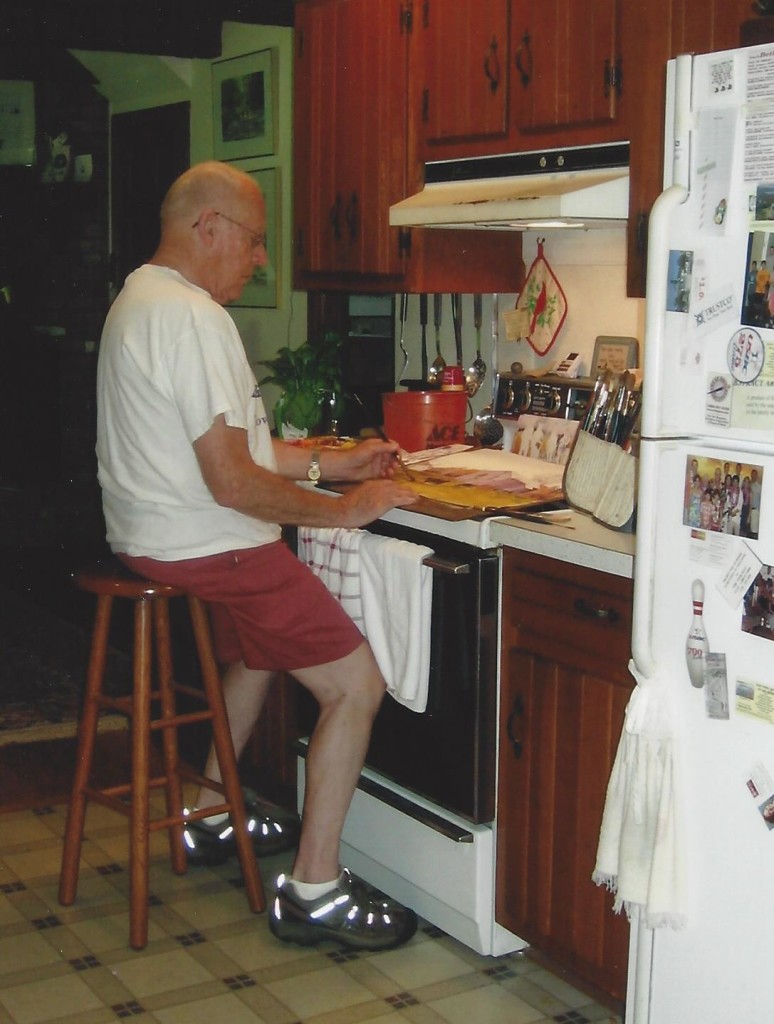 Bob at work, enjoying the lighting provided by the range in his kitchen.